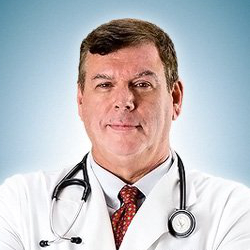 Dr. Verheul was a physician with Family Practice Associates from 1988 until 2013. He then transitioned into his concierge practice with SignatureMD and is also co-owner of CompassMD, a firm specializing in occupational health needs. As such, he has been the Medical Director for the Virginia State Police for many years and provides health care to many local and regional police and firefighter organizations. He is also certified as a Medical Review Officer.

Besides his love of primary care and occupational medicine, he holds an appointment as Associate Clinical Professor at Virginia Commonwealth University School of Medicine. He regularly teaches the finer aspects of Family Medicine to both medical and nurse practitioner students through programs at both Virginia Commonwealth University and affiliated health programs at the University of Virginia and Eastern Virginia School of Medicine. He was voted a “TOP DOC” in Family Medicine by his peers as published in the RICHMOND MAGAZINE in April, 2010.

Dr. Verheul enjoys traveling and has done so extensively through his MPH training, having provided volunteer care in Brazil, the Caribbean and Eastern Europe. He is fluent in Dutch, conversant in German and frequently returns to see his extended family in the Netherlands. He is a licensed pilot and has in the past been approved as an FAA Regional Flight Examiner. He has three wonderful children and is an accomplished jazz pianist. You may just hear him play locally at various clubs and social functions! 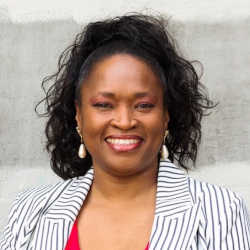 Dr. Johnson has practiced in the Richmond area for more than 20 years including Assistant Clinical Professor at VCU/MCV. Her special interests include Women’s Health, Mental Health, Autism, Hypertension, Diabetes, and Weight Management.

She volunteers in the community serving in various ministries at Third Street Bethel AME Church, and serves on the Board of Directors for the JP Jumpers Foundation. In her free time she enjoys spending time with her family, traveling, reading, singing, and listening to music. 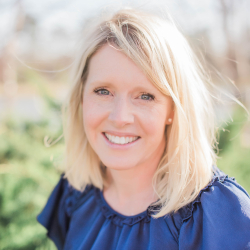 Originally from the Midwest, Dr. Miller graduated from Georgetown University in Washington, DC, where she studied neuroscience and began her interest in the mind/brain connection at the National Institute of Mental Health.  She continued her medical education at the Medical College of Ohio and then Case Western Reserve University Hospital in Cleveland.  During her residency she completed a behavioral health/counseling tract and followed with a fellowship in Women’s Health.

Dr. Miller has more than 10 years of experience as a family physician in the Richmond area.  She recently worked with a pain medicine practice to further her knowledge and skills in more specialized disorders including Fibromyalgia, Ehlers Danlos (joint hypermobility), migraines, and autonomic disorders.   She believes in an integrative approach to treating all disorders by utilizing nutrition, supplements, sleep, exercise, mindfulness, etc., and is happy to work with patients to make changes.  The goal is to live well and to take the right medications, not simply more medications.  Amy is also a Board Certified Lifestyle Medicine Physician.

She keeps busy with her 2 teenage children and has become a classic soccer mom despite her best intentions.  Her other interests include traveling (when the world allows), reading great books, cooking, hiking and walking her dog.  She is currently accepting new patients. 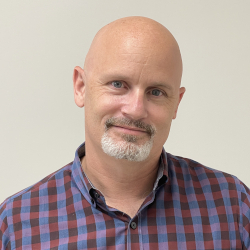 Clay Perdue is a board certified family nurse practitioner, born and raised in Richmond, VA. He started his medical experience at a local volunteer rescue squad in the early 90s. Clay has an Associate Degree from Reynolds Community College, a Bachelor Degree from Capella University and Masters of Science in Nursing from South University.

As a nurse, Clay worked in a variety of places which included emergency departments around the city. His Nurse Practitioner career began at a family practice in Chester, VA. He specializes in treating diabetes, hypertension management and weight loss. Serving the LGBTQ community and their health needs is something he cares deeply about.

Clay loves to teach and is often seen with a NP student in tow. If he is not working, he is chasing his children, rock climbing, and following his daughter on her field hockey adventures. His favorite pastimes are fishing, reading fantasy novels, and playing poker. He is an unfortunate fan of the Washington Football team. 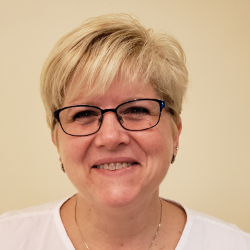 Sheri Payne Tignor comes to our practice as a Family Nurse Practitioner. Sheri has a Bachelor of Science in Psychology and a Bachelor of Science in Nursing as well as her Masters in Nursing and received her certification as an FNP from the American Academy of Nurse Practitioners. With 17 years nursing experience, Sheri has worked as an Adult and Pediatric Emergency Department nurse, Hospice nurse and PICU nurse. Sheri was born in RVA and moved to multiple other states during her upbringing but returned to her original home of Richmond full time after attending James Madison University.

Sheri resides in Henrico County with her husband and family. Sheri has a daughter and claims three step children as her own as well as three dogs, a cat and multiple Koi in her pond. During her free time, Sheri enjoys snow skiing, boating, jet-skiing and riding 4-wheelers with her family. 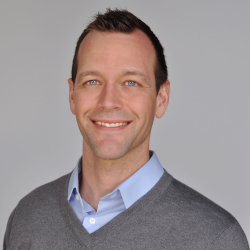 Dr. Jeremiah Fabry D.C., R.N., C.N.I.M. has been working specifically with patients suffering from obesity, diabetes and metabolic syndrome for the past 3 years.  He has been in practice for just over 12 years and has spent most of that time in the operating room as a board-certified intraoperative neurophysiologist.  As the Metabolic Specialist for HealthVisions MD, he provides individualized patient care utilizing a concierge medical approach, which he finds to be the most effective model for patients to accomplish their health goals and reverse the progression of lifestyle diseases such as obesity, diabetes and heart disease. His educational background in both allopathic and non-allopathic medicine has given him a broad base from which to address many health conditions and guide individuals to be strong, educated advocates for their own healthcare.  He especially enjoys working one-on-one to help people lose weight when nothing else works.  You can learn more about Dr. Fabry at his blog drjfab.com or follow @drjfab on Facebook, twitter and Instagram. 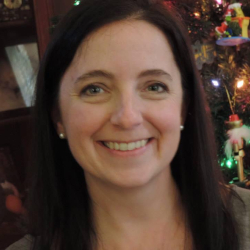 Growing up locally around the Midlothian area, Beth has over 15 years of nursing experience including critical care, emergency medicine and cardiology. She graduated from ODU with Bachelor’s of Science in Nursing and South University with a Masters of Nursing. Currently, Beth is Board Certified with the American Association of Nurse Practitioner.

Beth and her husband have three boys. They enjoy watching their boys play soccer and music. During the summer, they often travel together in the camper. They have two dogs, Jake and Ruby.